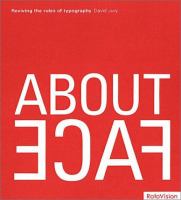 About face - reviving the rules of typography.

Most typographic rules evolved when the printing trade held a monopoly on all things 'graphic'. These rules were established to speed up the composition of text and image at a time when printing was a labour-intensive craft. Also, typographic rules ensured standards were maintained, and that a design was technically and commercially feasible. With the rise of the graphic design industry in the 1940s and '50s, creative thinking was given a much higher priority. Accepted rules were, for the first time, called into question. However, they continued to influence graphic designers because many related to print technology, while others remained key factors in effective graphic communication.