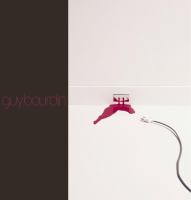 The impact of Bourdin's imagery on the realms of both commercial and fine art photography continues to resonate today. He made radical changes in both the style and the meaning of commercial imagery. His fashion shoots are mysterious, hypnotic, surreal, exposing the true and unnerving nature of desire. He shows us that, within the context of fashion, it is rarely the product that compels us. It is the image - the carefully stages narrative of sexual fantasy, the quest for the unattainable, the suggestion of danger - that stimulates consumer desire.<br> Guy Bourdin was born in 1928 and during his youth in post-war Paris, he showed precocious artistic talent and fierce ambition. He presented himself to Man Ray in the early fifties and was then spotted by French Vogue, where he went on to create some of their most sensational editorial images for over thirty years. His advertisements for Charles Jourdan shoes and Bloomingdales in the mid 1970s were the high point of his career and landmarks in the field of advertising. throughout his life, Bourdin created images at a relentless pace and his work calls to mind the surrealist films of Bunuel or David Lynch. The images chosen for this book include not only his ground-breaking fashion shoots, but also his brooding black-and-white landscapes from the 1950s and the magical colour cityscapes of two decades later. Each is part of a carefully orchestrated sequence which offers an unprecedented insight into the full range of Guy Bourdin's work.