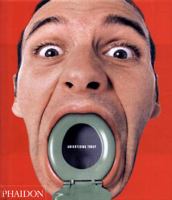 <p>Far more than a means of moving merchandise, advertising has become increasingly recognized not only as an art form in itself, but also as a defining element of popular culture. Advertising Today provides a thematic overview of the evolution of advertising around the world over the past 30 years, charting influences from the political and social upheavals of the 1960s to the revolution of the internet in the 1990s.</p> <p>Each chapter includes an intimate interview with a key figure in advertising - including Oliviero Toscani of the controversial Benetton campaigns, American-Express spokesperson Jerry Seinfeld, and John Hegarty of Bartle Boyle Hegarty, the creator of the world-famous Levis ads.</p> <p>In analysing specific advertisements, the book simultaneously acts as a history of global pop culture and a record of the social, cultural and geo-political temperature changes that affect our image-saturated environment. Included are over 500 advertisements originally seen in a wide range of media: print, television, billboards, the internet and even very recent, so-called 'guerrilla' advertising, in which practically anything (pieces of fruit, sand dunes on a beach, pavements) can act as a surface for promoting a product.</p>