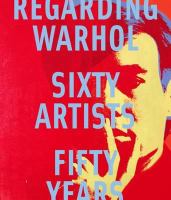 This sumptuous volume presents the first full-scale exploration of warhol's tremendous influence across the generations of artists that have succeeded him. Warhol brought to the art world a unique awareness of the relationship that art might have with popular consumer culture and tabloid news, with celebrity, and with sexuality. Each of these themes is explored through visual dialogues between warhol and some sixty artists, among them John Baldessari, Vija Celmins, Gilbert & George, Felix Gonzalez-Torres, Robert Gober, Nan Goldin, Damien Hirst, Alfredo Jaar, Deborah Kass, Alex Katz, Jeff Koons, Barbara Kruger, Glenn Ligon, Robert Mapplethorpe, Vik Muniz, Takashi Murakami, Bruce Nauman, Cady Noland, Elizabeth Peyton, Sigmar Polke, Richard Prince, Gerhard Richter, Ed Ruscha, Cindy Sherman and Luc Tuymans. These juxtapositions not only demonstrate warhol's overt influence but also suggest how artists have either worked in parallel modes or developed his model in dynamic new directions. Featuring commentary by many of the world's leading contemporary artists, as well as a major essay by the celebrated critic Mark Rosenthal and an extensive illustrated chronology, Regarding Warhol is an out-standing publication that will be essential reading for anyone with an interest in contemporary art.

Published in conjunction with "Regarding Warhol: Sixty Artists, Fifty Years" on view at The Metropolitan Museum of Art, New York, from September 18 through December 31, 2012, and The Andy Warhol Museum, Pittsburgh, from February 2 through April 28, 2013.